How much the urban landscape has been changed by images of advertisement is impressive. In the last few days a huge poster has been set up on the building which is in front of the tower named “il grattacielo di Milano” in via Vittor Pisani. The image is a beautiful, enormous, woman’s profile portrait on a completely white background. She seems to be looking at and admiring the tower. The grattacielo (“skyscraper”) is 116 meters tall and it was built between 1950 and 1955. At that time, it was the highest building in Italy, higher than the highest statue of the Duomo church. The grattacielo is the symbol of the new architectural Milanese style which was developed immediately after the end of world war II. Its design is very simple and essential. There seems to be an interaction between the model’s face and the tower. Looking at them together from Piazza della Repubblica gives an awesome visual effect. 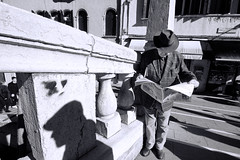 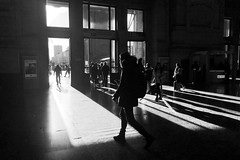 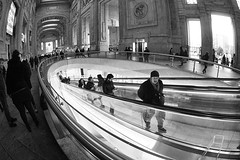 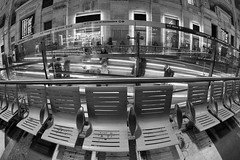 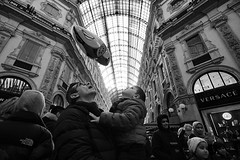 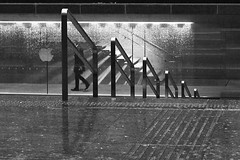 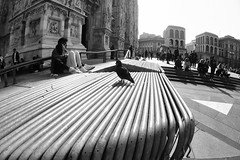 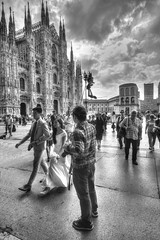 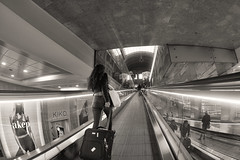